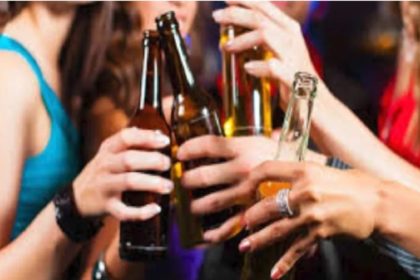 Mumbai’s social set is abuzz with the news of an industrialist suing a guest at his housewarming party for bad behaviour, possibly a first in the city’s party circles.

Sanjay Jindal, who hails from the promoter family of Jindal Drugs and is a well-regarded polo enthusiast at the Royal Western India Turf Club, has sent a legal notice to entrepreneur and former actor Pinky Harwani for spilling a glass of red wine on his expensive sofa and not informing him about it.

Harwani was a guest at a housewarming party Jindal hosted on January 18 at his new Altamount Road penthouse.

According to her, she says she was invited by Jindal’s friend, Delhi-based Ashok Saraf. The party was at the podium level of the luxury apartment building and an events management agency was hired to tend to the guests. Jindal had informed the guests that since it was a housewarming, they were welcome to go around his apartment upstairs. According to Jindal, she went upstairs carrying a glass of red wine with her.

In the apartment, she met some friends, including Saraf, and stopped to click a group photograph. Soon after the photo was taken, Harwani accidentally spilled some wine from her glass on a sofa behind her. While Jindal claims she didn’t inform him about the accident or apologise for it and that he had to go through his CCTV footage to find out who had caused the stain, Harwani says she asked the kitchen staff for soda to wipe the splotch off.

Jindal, who sent the legal notice in February, says the sofa cost him around Rs 18 lakh and changing the upholstery Rs 2.13 lakh. He has sent the invoice to Harwani along with the legal notice drafted by lawyer Vivek Kantawala. “I expect guests to conduct themselves in a dignified and decent manner in keeping with the ethos of the host and not treat their homes as an amusement park or public garden. This case is not about money, but decency,” Jindal told Mumbai Mirror on Tuesday.

Harwani, who was introduced to the movie industry by the late actor Feroz Khan and has starred in ‘Janasheen’ and ‘Life Mein Kabhie Kabhiee’ and is also a member of the Central Board of Film Certification, says she isn’t even sure who knocked the glass off her hand. Harwani said she replied to Jindal’s notice within the time frame and apologised for the incident.

“It clearly was a mistake and I am apologetic about what happened. But this [the legal notice] is a form of humiliation and harassment. It can also be called extortion,” she says. “The notice itself calls it an accidental spillage.” In 2017, Jindal was in the news for suing St Regis Mumbai Hotel.

According to an article in The Economic Times, Jindal filed a case against the hotel for serving Indian-made foreign liquor instead of imported liquor as agreed upon. Jindal had demanded a refund of the advance, a written apology and Rs 8 lakh as compensation to be given to a charity of his choice. 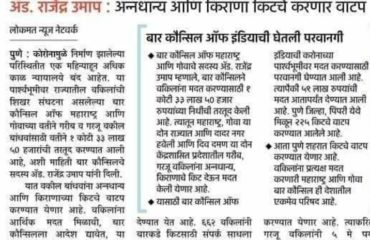 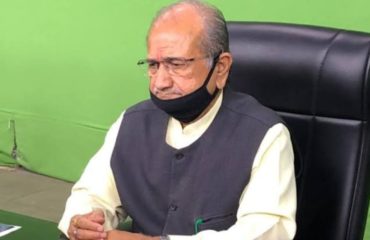 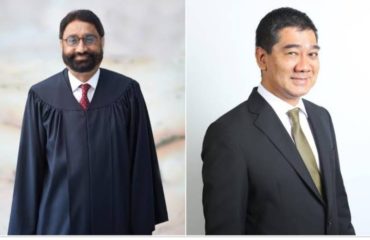